This creative job began with the creation of a unique identity mark. Steve did not want his name to look like other popular guitar manufacturers; Fender, Gibson, Taylor, etc. He wanted a logo that was typographic, tall and slim just like him, and had a sort of witchery ancient rune look and feel. With the logo finished up next was to create the website. Going with the witchery/sorcerer vibe the visuals for the site were created with the idea that the guitars Steve builds have the power to swoon and control wildlife; they just sound and look that good. So the idea to name the guitars after different birds was conjured. The visuals main for the website were created by combining 3D renders with photography. The feature guitar images were photographed by Ryan while some of the archive images were shot by Steve. 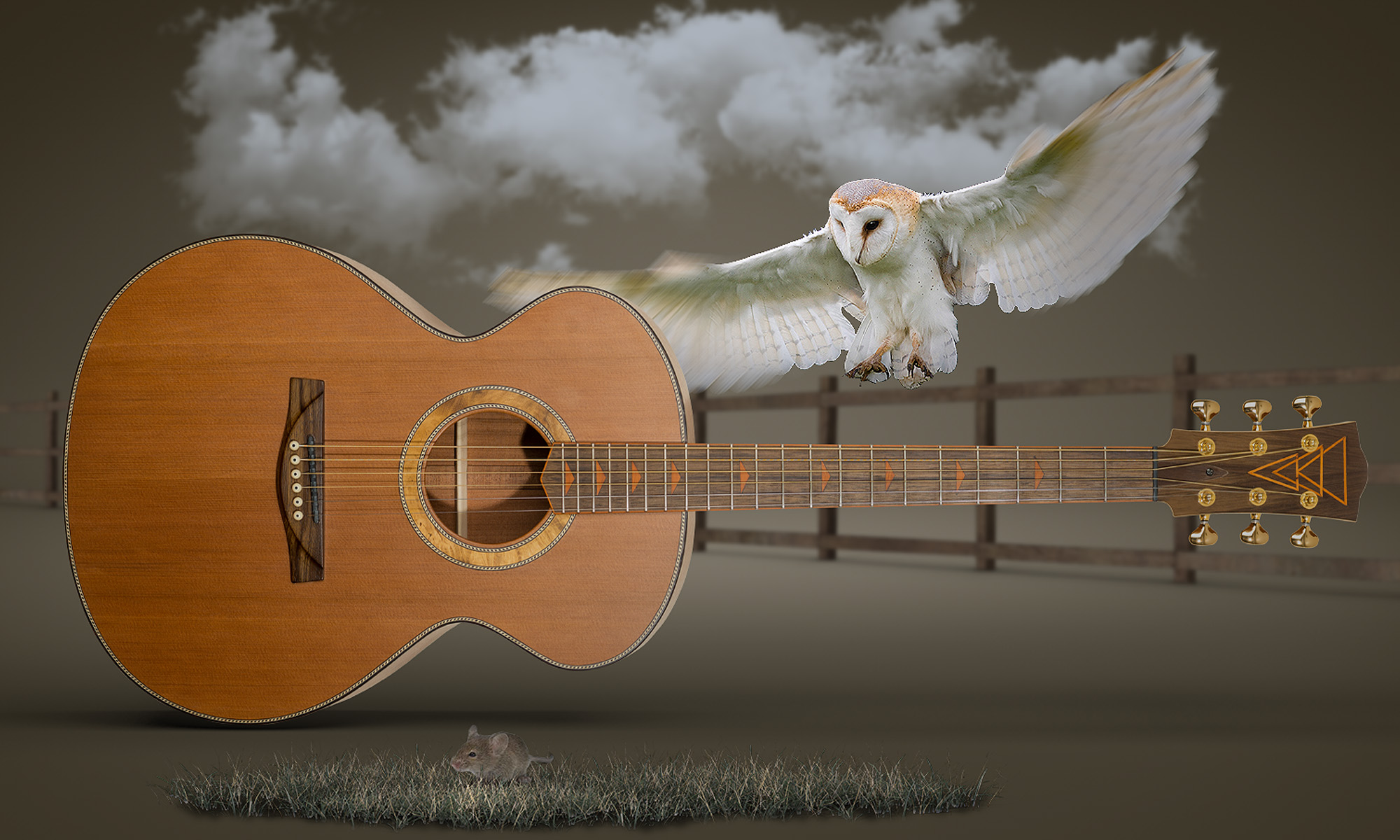