For a project that's a little bit different is this personal poster series designed for a local fundraiser art show. Ryan is a fiend for brain games, riddles and, optical illusions. For this little series, Ryan researched the phenomenon of imagery that visually seems to move when in fact it is static. This bizarre mind trick is called Auto Kinesis. The stong contrast in each image with the white & black on either side of the equally contrasting colour hues results in a neat effect that makes each image seem to have movement. Some close up images of the posters have been put at the end of the slide show below. For some fun, Ryan used a snack theme to demonstrate this cool effect.

ONION RINGS: Stare loosely at the onion in the center and the rings should each rotate slowly in the opposite direction of the arrows.

LEMON SQUARES: Stare loosely at the lemon and then slightly let your eyes wander around the square and the smaller lemons on the outskirts will move as though on a wavy surface.

CHERRY BLASTERS: Stare into the middle of the blast and the explosion spike should look as though they are blasting outwards. 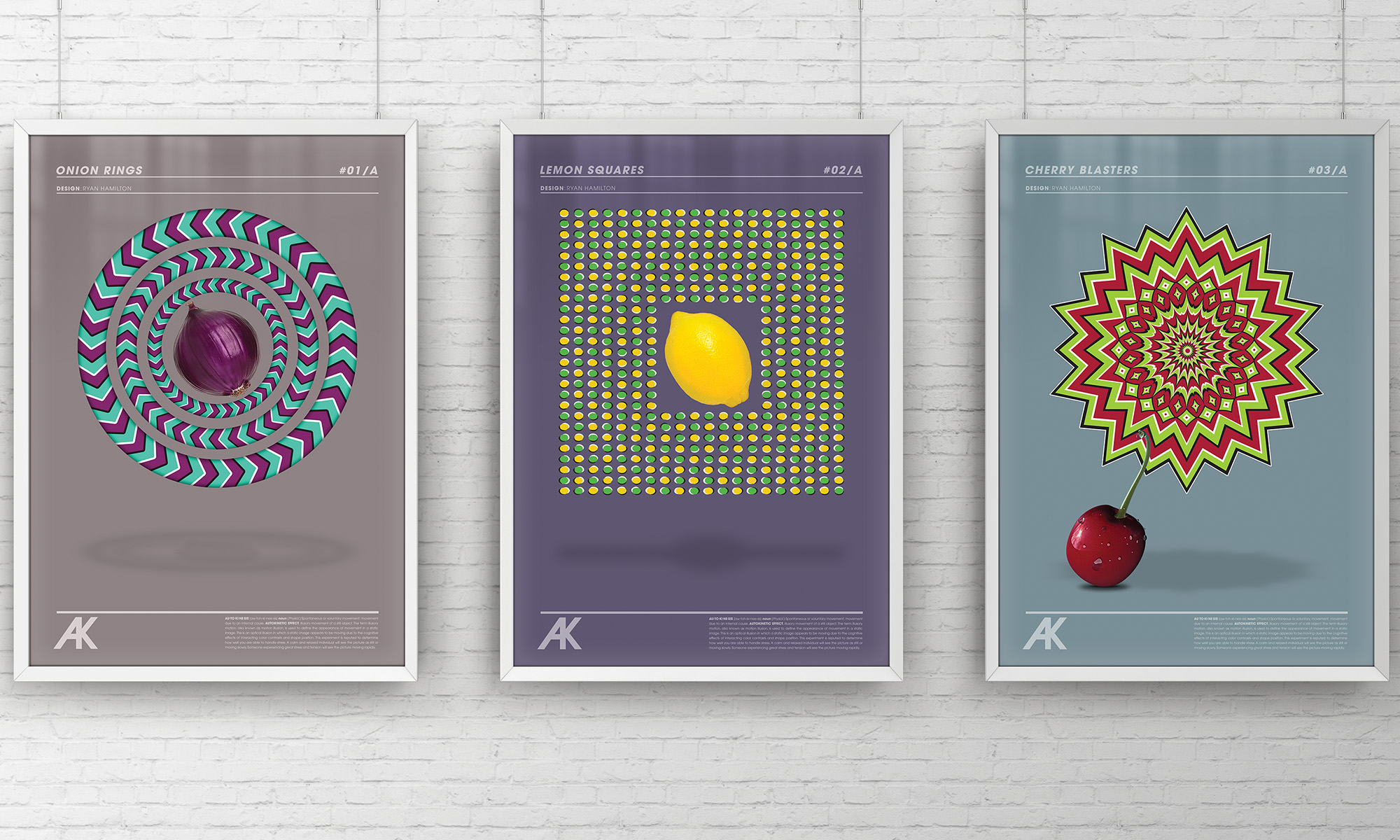